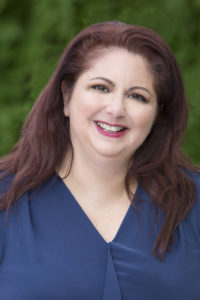 Dr. Irgang is a Licensed Clinical Psychologist in the state of Illinois. She completed her undergraduate degree at Montclair State University in New Jersey. After working in the field for two years, Dr. Irgang moved to Chicago and completed her M.A. in 1996 at the Illinois School of Professional Psychology/Chicago Campus (ISPP). Dr. Irgang decided to continue her education at ISPP (which has since then become Argosy University) and completed her Psy.D. (Doctor of Psychology) in 2000.

Dr. Irgang has over twelve years of experience working with adults and adolescents. She has worked in a variety of settings including private practice, a mental health center, college counseling centers, and elementary and secondary schools. Dr. Irgang has developed and presented workshops to professionals as well as in the public arena.

Dr. Irgang has been recognized by the 2007 edition of Who’s Who in America. She is a member of the Illinois Psychological Association (IPA).  Dr. Irgang subscribes to the Ethical Code of Conduct for Psychologists established by the APA.

Dr. Irgang is an active member and Fellow of the Collaborative Law Institute of IL as a Divorce Coach and Child.  She leads a Practice Group, which consists of various Fellows, including attorneys, mental health professionals, and financial neutrals, who gather together to build knowledge and skills through presentations and discussions on meaningful and relevant topics.  Dr. Irgang has been leading the Rolling Meadows Practice Group since 2014.

On a personal note, Dr. Irgang believes strongly in community service and dedicates a minimum of three hours per month to volunteering.

Ms. Jenifer Crazythunder is a Licensed Clinical Social Worker (L.C.S.W.) in the state of Illinois.  She completed her undergraduate degree in Anthropology at the University of West Florida in Pensacola, FL in 2011.  Also during this time, Ms. Crazythunder completed a certificate program focused on servicing Veteran’s and their unique needs.  From there, Ms. Crazythunder continued her education and completed her Master’s in Social Work in 2014.  One of Ms. Crazythunder’s personal accomplishments was been serving as an AmeriCorps member as a case manager in a low income housing community.  There she helped organized a community garden, a library, and a week of spring break activities for the children.

In 2014, Ms. Crazythunder moved to the Chicagoland area.  She has over 5 years of working with children and families, and linking families to resources in the community.  Prior to joining Relationship Solutions Center, Ms. Crazythunder worked as an outpatient therapist with children, adolescents, young adults, and the adult population in a non-profit community mental health agency.  Ms. Crazythunder also worked in a hospital setting, providing crisis intervention, and psychiatric stabilization in emergency rooms.

Ms. Crazythunder is an active member in the Illinois Play Therapy Association, as well as the Association for Play Therapy.   She continues to expand her knowledge and education by attending continuing education workshops focused on play therapy, as well as fostering relationships within families.  Ms. Crazythunder utilizes play therapy with the children she works with, as play is the language of children.  Play therapy helps children learn how to express their thoughts and feelings, as well as develop positive coping skills. It can also promote cognitive development and provide insight and resolutions of inner conflicts or dysfunctional thinking.  Play therapy provides structure and a safe environment for children to express themselves.  Ms. Crazythunder also utilizes cognitive behavior theory techniques; and identifying how one’s thoughts, feelings, and behaviors impact our use of coping skills, and allowing one to identifying their own cognitive distortions.

Learn more about our therapeutic orientation and process.