As I was trying to decide what I would write about this week for Sexuality Sunday, Julie Andrews as Maria in The Sound of Music (one of my all time favorite movies) started singing “Let’s start at the very beginning.  A very good place to start.”

I decided to take her advice after realizing I have never actually defined sexuality and what it covers.

Is defined as the chromosomes, hormones, and sex organs identifiable at birth.  These include:

Is defined as how a person thinks about themselves and feels internally.  These include:

Is defined as how a person chooses to express or demonstrate their gender identity.  This can include feminine, masculine, and non-binary.

Who a person is emotionally, physically, romantically and/or spiritually attracted to in expressing feelings of affection and sexually.

Other than biological sex, there are many ways to label, explain and understand the various aspects of sexuality.  I will dive deeper into these in future blogs as it can be a lot of information. 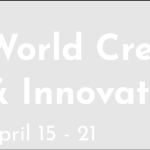 ADResolution Tuesday Reveals Why This Picture Is One To Know 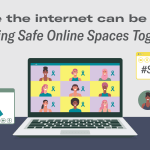 Sexuality Sunday Shares the History of the Polyamorous Pride Flag